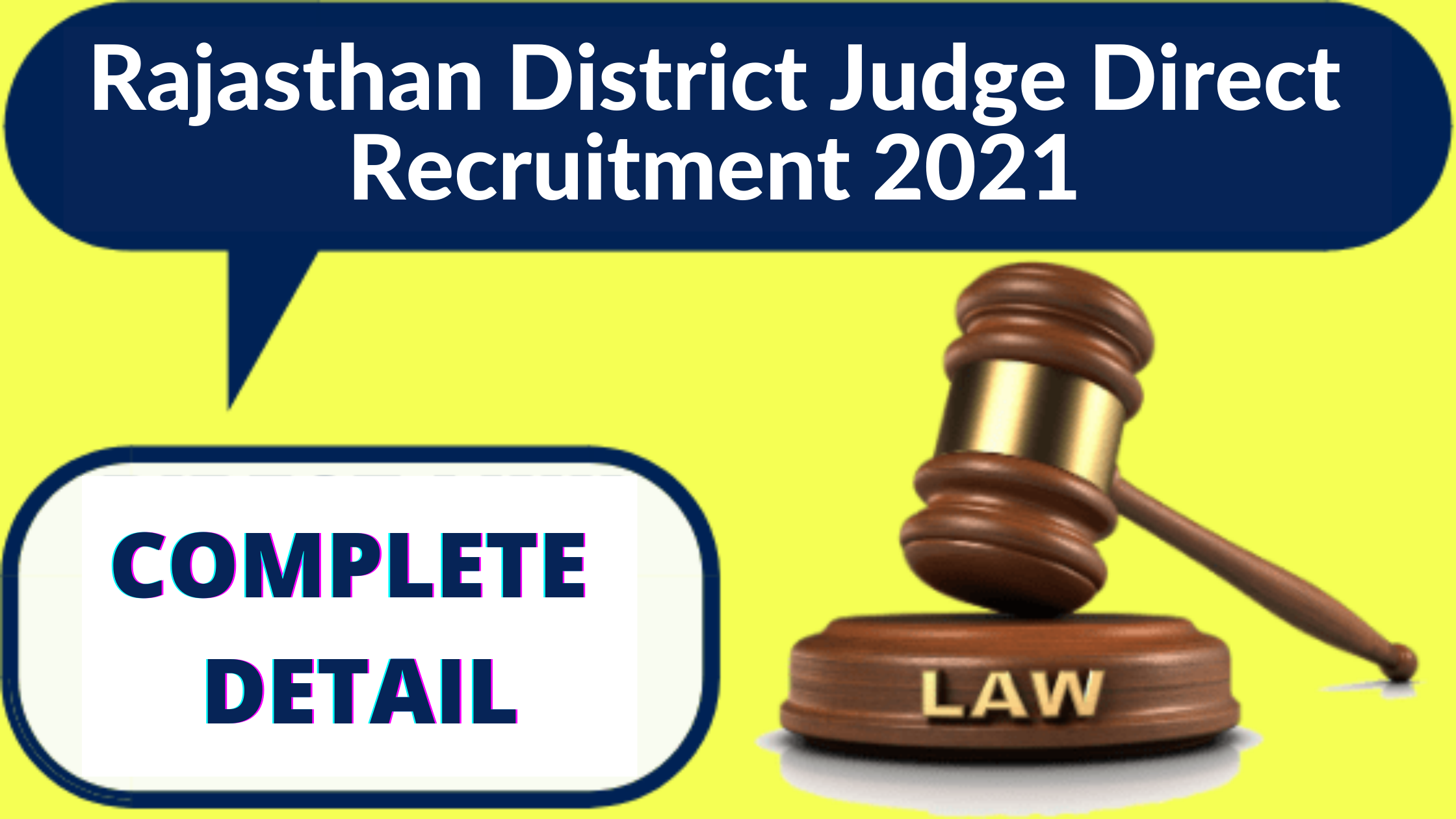 The High Court of Rajasthan invites online applications in the prescribed online format from the eligible Advocates for direct recruitment to the vacant posts in the Cadre of District Judge in accordance with the provisions of Rajasthan Judicial Service Rules, 2010. There are a total of 85 vacancies for this post. The candidates can apply for the exam through the official website of the same.

Category wise examination fees will be as follows:

A candidate for direct recruitment to the service:

(i) must be a Citizen of India;

(ii) must hold a degree of Bachelor of Laws (Professional) of any University established by Law in India and recognized as such under the Advocates Act, L96L;

(iii) must have been an Advocate for a period of not less than seven years on the last date fixed for receipt of online application i.e. 71 .02.2O21′, and

(iv) must possesses a thorough knowledge of Hindi Written in Devnagri Script and Rajasthani Dialects and Social Customs of Rajasthan.

The Selection Process Will Be Based On:

The exam pattern for Rajasthan District Judge recruitment is as given below:

Language which includes translation, precis, essays etc. Translation may include Hindi to English and English to Hindi.