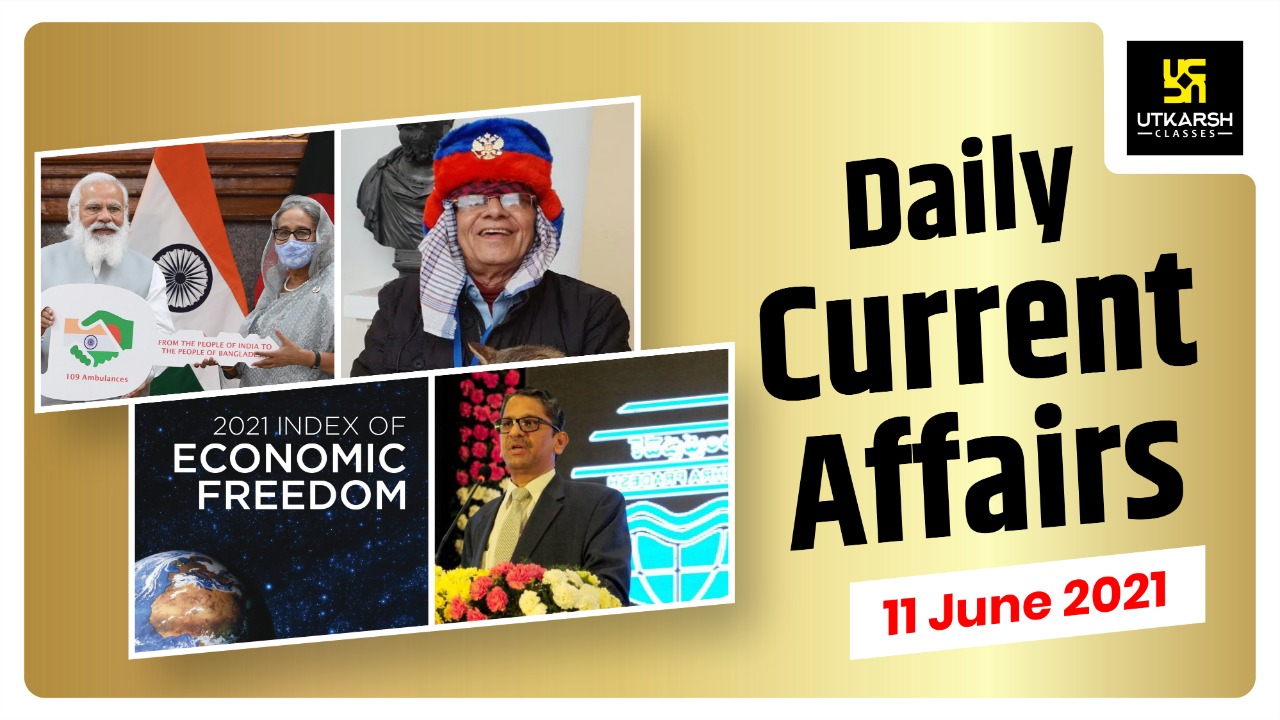 The India wind energy industry outlook provided that by the Global Wind Energy Council (GWEC), India will install 20 GW of wind energy capacity between 2021 and 2025.

The Indian Space Research Organization (ISRO) would aid development initiatives in the Northeast, according to Union Minister Jitendra Singh, who announced this on June 9, 2021. The assistance will be provided by maximising the use of satellite images and other space technology to achieve improved infrastructure goals.

Indian scientists have developed a potential strategy for detecting tropical cyclones over the Indian Ocean before satellites can detect them.

Tropical cyclone early detection has far-reaching socioeconomic repercussions. Remote sensing techniques have been the first to detect them so far. However, only until the system formed as a well-marked low-pressure system over the warm ocean surface was this identification conceivable. A longer time between the cyclone’s detection and its impact could aid preparatory efforts.

Monoclonal antibody treatment, which has been administered to high-risk patients in private institutions in Delhi, has gotten favourable feedback from those who have received it.

The cost of a dose of this medication, which combines Casirivimab and Imdevimab and is known as an “antibody cocktail,” is Rs 59,750. It’s designed to treat mild to moderate instances of Covid in high-risk patients at an early stage. Because of its expensive cost, it is only available at a few private hospitals and not at any government facilities.

WHO Handbook on Food borne Diseases

The World Health Organization has created a guide to assist nations in assessing their foodborne disease burden and identifying food safety system needs and data gaps so that national infrastructure may be strengthened and people’s health may be better protected.

The new WHO manual will assist countries in collecting and analyzing data in order to inform long-term investments in food safety. The COVID-19 pandemic has shown the close ties that exist between human, animal, and environmental health.

According to new research by the International Labour Organization (ILO) and UNICEF, the number of children engaged in child labour has climbed to 16 crore worldwide, the highest level in two decades, with millions more at danger due to COVID-19.

The research, titled ‘Child Labour: Global Estimates 2020, Trends, and the Road Forward,’ claims that progress to stop child labour has paused for the first time in 20 years, reversing a decreasing trend that saw child labour decline by 94 million (9.4 crores) between 2000 and 2016.

Scientists claim that a “groundbreaking” study that manipulates the insects that spread dengue virus has reduced incidence by 77%. They utilised mosquitos infected with “miracle” bacteria that inhibit the insect’s capacity to transmit dengue fever.

The study, which took place in the Indonesian city of Yogyakarta, is now being expanded in the hopes of eradicating the virus. According to the World Mosquito Programme, it could be a cure for a virus that has spread over the globe.

According to a report released on Tuesday by the London-based global think tank Overseas Development Institute, India might lose anywhere between 3 and 10% of its GDP yearly by 2100, and its poverty rate might grow by 3.5 percent by 2040 as a result of climate change.

The paper, titled “The Implications of Climate Change in India,” examines the economic costs of climate-related hazards in India and warns that rising inequality and poverty are possible outcomes.

The United States Senate approved a wide package of laws aimed at improving the country’s ability to compete with Chinese technology by a vote of 68-32. China expressed its displeasure with being presented as an “imaginary” US adversary in response to the decision.

One of the few bipartisan views in the extremely divided US Congress, which is narrowly controlled by President Joe Biden’s fellow Democrats, is a desire to take a strong stance in negotiations with China.

The Indian and Thai warships began a three-day coordinated patrol in the Andaman Sea on Wednesday, amid mounting alarm about China’s growing maritime presence in the Indian Ocean region.

The government increased Minimum Support Prices (MSP) for all mandatory kharif crops for marketing season 2021-22 as the monsoon announced its coming. The sesamum MSP has been increased by 6.59 percent, the most among all crops, while paddy, the main kharif crop, has seen a 3.8 percent increase in floor price.

The Cabinet Committee on Economic Affairs, chaired by Prime Minister Narendra Modi, approved the MSP rise ahead of the kharif season.

The Indian Railways have been granted 5 MHz of spectrum in the premium 700 MHz band by the Union Cabinet in order to improve their communication and signalling systems. Prime Minister Narendra Modi presided over a Cabinet meeting that made the decisions.

The spectrum allocation, according to the railway ministry, will enable secure and dependable voice, video, and data communication services for operational, safety, and security applications.