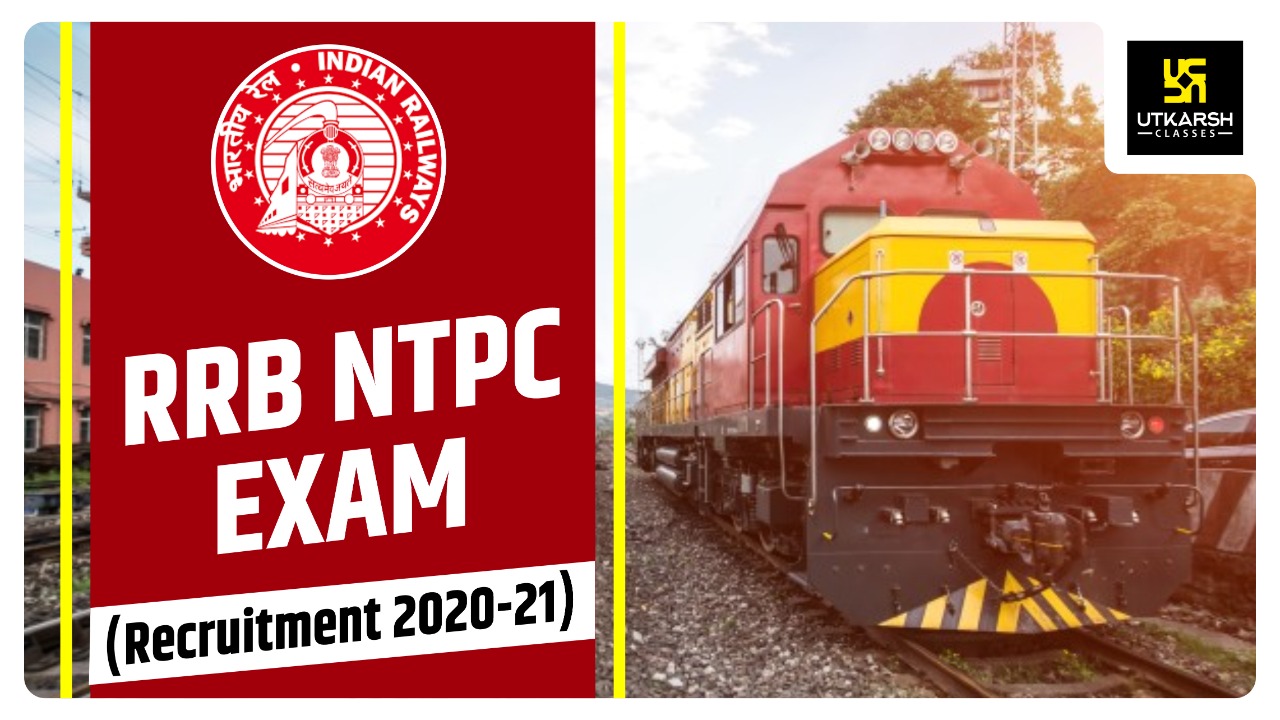 RRB NTPC examination date has been delayed due to the unprecedented spike in the Covid -19 cases during its second wave.

The RRB NTPC exam 7th phase dates will be announced as soon as the situation recuperates and restrictions are eased.

The RRB NTPC exam date and RRB NTPC exam admit card will be released by the Railways Recruitment Board on their official website i.e http://www.rrbcdg.gov.in/

RRBs have conducted six different phases of the RRB NTPC CBT 1 exam recruitment process from December 28, 2020, to April 8, 2021, till now.

What is RRB NTPC Examination?

In the future, the preliminary exams of Railways will be conducted by NRA (National Recruitment Agency) by the Union Cabinet. To select candidates for the Group B and C posts, there will be a Common Eligibility Test (CET). But the stages for further selection will be carried by the RRBs.

The syllabus of RRB NTPC exam recruitment, conducted in 15 languages, consists of Classes 10, 12, and graduation levels.

Approximately 1.25 crore applications have appeared in the different phases of the exam till now, out of a total of 1.18 crore applicants.

May 31, 2021: RRB NTPC exam date has been delayed due to the COVID-19 situation. The exam dates of the RRB NTPC exam 7th phase will be announced once the situation gets better.

The examination authority of RRBs will soon release the RRB NTPC answer key for CBT 1 exam along with the objection tracker, candidate response sheet and question paper.

The candidates can also raise objections against the answer key if they want. They will have to pay an amount of INR 50 for the purpose.

Note: Relaxation in age is provided to candidates belonging to the reserved categories in both graduate and undergraduate levels.

RRB NTPC CBT 1, released in 2019, was scheduled to be conducted between June and September 2019. However, due to the speculation over the exam conducting agency, the exam was not conducted as per the schedule.

RRB NTPC CBT 1 exam was conducted from December 28, 2020, to April 8, 2021, in six phases. RRB NTPC exam dates related to the exam authorities has been highlighted in the following table-

RRB NTPC Exam Recruitment process consists of multiple stages. All these stages are designed to test candidates’ intelligence as well as their physical fitness.

Only candidates with exceptional performance will be selected against the 35,208 vacant posts announced by Indian Railways.

Step 1: Fill the Application Form
The application form for the c Recruitment was made available online on March 1, 2019. And the final date for application submission was March 31, 2019. The deadline for fee payment was April 5, 2019.

Step 2: Issue of Admit card
Admit cards for different stages of the RRB NTPC Exam will be released differently. Candidates will have to log in to the official website by entering the required credentials (such as user id and password) to download their admit cards.

Step 3: Appear in the exam:
RRB NTPC Exam will be conducted in different cities in the country.
The exam consists of the following stages-

Step 4: Result:
The results of the RRB NTPC Exam will be released as per the different stages of recruitment. The result of the exams that have already been conducted is made available in PDF format along with RRB NTPC cut off marks for different posts and categories.

The admit card for the RRB NTPC exam 7th phase will also be issued online like the other six phases. Candidates will be required to bring their RRB NTPC exam admit card and photo identity proof, and a coloured passport size photograph to the examination hall on the day of the exam.

It is to be noted that your RRB NTPC exam admit card will have all the important information, including registration number, date of exam, allotted exam centre address, name of the candidate, gender, date of birth, etc.

The topics prescribed in the RRB NTPC exam syllabus are of Class 10, 12, and graduation levels. Moreover the syllabus is the same for CBT 1 and CBT 2. However, the difficulty level at the different stages.

The syllabus for Mathematics includes:

Since a huge number of applicants applied for the exam, the competition is expected to be tough. Aspirants will have to put in a lot of hard work and effort in their preparation to crack every stage of the exam.

Check out our Railway NTPC Online Course to get all the necessary resources such as, enotes e-books, audio and video lectures, model test papers, and much more from the comfort of their homes. It will save the time you would otherwise waste in hunting for resources to focus on your studies for a strong preparation.

The number of seats to be filled through, as announced by examination authorities, for RRB NTPC 2021 Exam was 35,277. But since the vacancies for DLW under RRB Allahabad were canceled, RRBs revised the vacancies of the RRB NTPC exam to a total of 35,208seats.

The salary package for the RRB NTPC exam is generous with additional benefits. RRB NTPC salary structure as per Seventh Pay Commission for undergraduate and graduate posts is mentioned below-

Candidates must reach the RRB NTPC exam centre an hour before the commencement of the exam.

Electronic gadgets (such as mobile phones, bluetooth, pen drive, laptops, calculators, wristwatches, etc. ) are not permitted inside the exam centre

Covid-19 protocols have to be maintained, such as wearing masks and maintaining social distancing, at the exam centre, at any stage of the exam.

Q: How could candidates apply for the RRB NTPC exam?

A: Candidates were allowed to fill the RRB NTPC application form online within the due date. The application fees for the Unreserved and OBC category male were Rs 500. While for Women/SC/ST/PwD/Ex-Servicemen, the fees were Rs 250.

Q: Is the RRB NTPC exam conducted every year?

No. It is not conducted every year. The RRB NTPC exam recruitment notification is released as per the requirement and number of vacancies in the various railway departments.

Q: What were the RRB NTPC exam dates for CBT 1?

A: RRB NTPC exam is conducted online by the RRB at various stages as per the posts.

Q: Are there minimum qualifying marks in the RRB NTPC exam?

Q: When will the RRB NTPC result be announced?

Q: When will the provisional RRB NTPC answer key 2021 for CBT 1  be released?

A: RRB NTPC answer key 2021 will be released soon. Candidates can download the answer key along with the question paper, objection tracker, and candidate response sheet by logging into their account.

A: Questions asked in the RRB NTPC exam are generally of class 12 and graduation level. The topics covered are all there in the NCERT books. However, they can go for other books available in the market to brush up on the topics.

Q: What is the RRB NTPC syllabus for the first stage and second stage CBT exams?

A: The RRB NTPC syllabus for the first stage and second stage includes General Awareness, Mathematics, and General Intelligence, and Reasoning. The questions are going to be Class 12 and graduation level keeping in mind the nature of the post.

Q: Which books are best for RRB NTPC?

A: There are a number of books available in the market for RRB NTPC exam preparation. However, It is best to go for the books that have covered the entire syllabus and written in simple language.

Q: How can I prepare for the RRB NTPC exam 7th phase?

A: You can prepare for RRB NTPC exam 7th phase by practicing the previous year’s question papers on each topic. Since the competition for the exam is tight you are advised to study hard and smart. Strategise well for the exam preparation according to the question pattern and your strengths and weak points. Practice and take the mock tests to improve your speed and time management. Revise well before the exam.

A: Yes, they could apply for the undergraduate posts of RRB NTPC exam.

Q. Is there any normalisation of marks in RRB NTPC exam?

A: Yes, RRBs follow a normalisation procedure to calculate the scores of candidates to adjust the difficulty level of question papers.