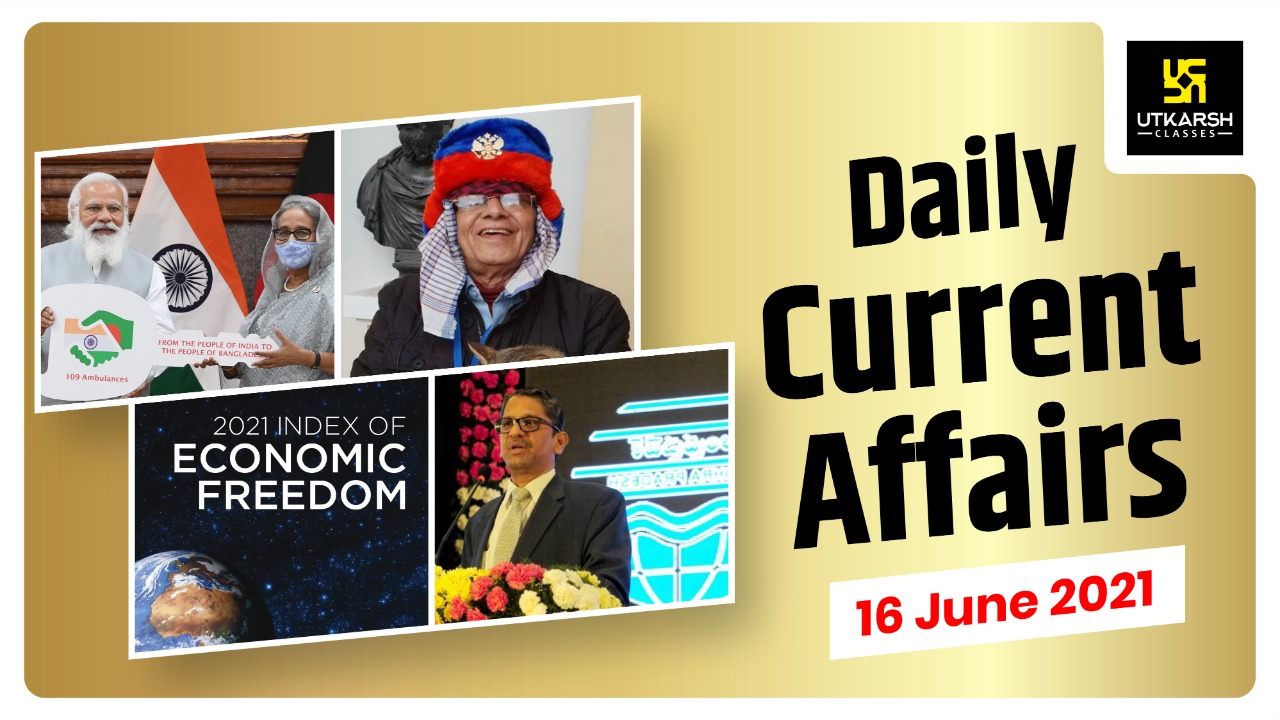 World’s first wooden satellite to be launched in 2021

By the end of 2021, Arctic Astronautics, a Finnish enterprise, will launch the world’s first wooden satellite into orbit.WISA Woodsat is a cube-shaped nanosatellite planned and constructed in Finland that will be launched in November 2021 on a Rocket Lab’s Electron rocket from New Zealand.

This wooden satellite will aid scientists in monitoring how wood behaves in extremes of cold, heat, radiation, and space vacuum. Wood could become a viable material for use in space if it survives well.

In the coming days, a Chinese spacecraft will launch from the Gobi Desert on a Long March Rocket, ferrying three astronauts to an orbiting space module for a three-month stay. It will be the first time in nearly 5 years that China sends humans into space.

Shenzhou-12, which means “Divine Vessel,” will launch the third of 11 trips needed to finish China’s space station by 2022.

The first three nuclear assault submarines would be built in India by the Indian Navy and the Defence Research and Development Organisation (DRDO) at a cost of Rs 50,000 crore. The submarines will be constructed in India in 95 percent of the cases.

The Union Cabinet Committee on Security is debating a proposal costing over Rs 50,000 crore for the indigenous construction of three nuclear attack submarines by the Defence Research and Development Organization (DRDO) in Visakhapatnam.

Delta Plus variant of Covid-19

The Delta Plus or AY.1 variation of COVID-19 has mutated from the highly transmissible Delta or B.1.617.2 variant of SARS-CoV-2. The novel Delta Plus variant is resistant to COVID-19 monoclonal antibody cocktail treatment.

On June 14, 2021, the US biotechnology company NOVAVAX revealed that its COVID-19 vaccine gives 100 percent protection against the disease’s mild and severe symptoms, with an overall efficacy of 90.4 percent in phase 3 trials.

Stanley C Erck, President and CEO of NOVAVAX, stated that the company is now one step closer to meeting the essential and ongoing worldwide public health demand for new vaccinations while discussing the findings of clinical trials.

As the number of COVID-19 cases in Israel declines, the Israeli government has decided to allow people to go maskless indoors starting June 15, 2021. According to the Israeli Ministry of Health, the necessity for wearing masks indoors will be eliminated on June 15, signalling the end of one of Israel’s last major Coronavirus restrictions.

On June 13, 2021, New Zealand defeated India to become the world’s top-ranked Test team. After defeating England 1-0 in the two-match Test series on the same day, the team completed the feat.

While the first test ended in a tie, New Zealand cruised to an eight-wicket victory on Day Four of the second Test at Edgbaston in Birmingham on June 13. England hasn’t lost a Test series at home since 2014.

The first version of the holy Sikh scripture, the Adi Granth, was compiled by the fifth Sikh Guru and was later enlarged into the Guru Granth Sahib. On Guru Arjan Dev’s 415th Martyrdom Day, Punjab Chief Minister Captain Amarinder Singh paid tribute to him “for his tremendous sacrifice” and “commitment towards the compilation of Adi Sri Guru Granth Sahib Ji and the construction of Sri Harmandir Sahib.” Guru Arjan Dev laid the foundation for the Harmandir Sahib, also known as the Golden Temple, in 1588 AD.

The free trade agreement with Australia is the government’s first major agreement since the United Kingdom exited the EU. In the next few days, a final agreement in principle will be released.

The pact is considered as a step toward the United Kingdom entering the Comprehensive and Progressive Agreement for Trans-Pacific Partnership, a larger Asia-Pacific free-trade agreement.

The first commercial consignment of (GI) certified Jardalu mangoes from Bhagalpur, Bihar, was exported to the United Kingdom today, giving a big boost to the eastern region’s agri-exports potential.

APEDA shipped delicious and aromatic mangoes that were packaged and treated in the APEDA packhouse in Lucknow in conjunction with the Bihar government, the Indian High Commission, and Invest India.

The India Meteorological Department (IMD) and the Indian Council of Medical Research (ICMR) have collaborated with Malaria No More, a non-governmental organisation, to form an expert group to investigate and push climate-based malaria-eradication strategies in India.

The India Interagency Expert Committee on Malaria and Climate (IEC) will be made up of leading experts and researchers from the fields of health, climate, and technology.

They will help define and operationalize sophisticated climate-based malaria prediction tools tailored to the Indian context. It would be done to help the country achieve its goal of eliminating malaria by 2030.

On June 14, 2021, the NATO (North Atlantic Treaty Organization) convened its 31st formal meeting of chiefs of government in Brussels, Belgium. NATO Summit 2021 is also known as the NATO Summit in Brussels.

NATO leaders reviewed important topics, made decisions regarding NATO’s future, and agreed on tangible steps to adapt NATO to the NATO 2030 agenda.