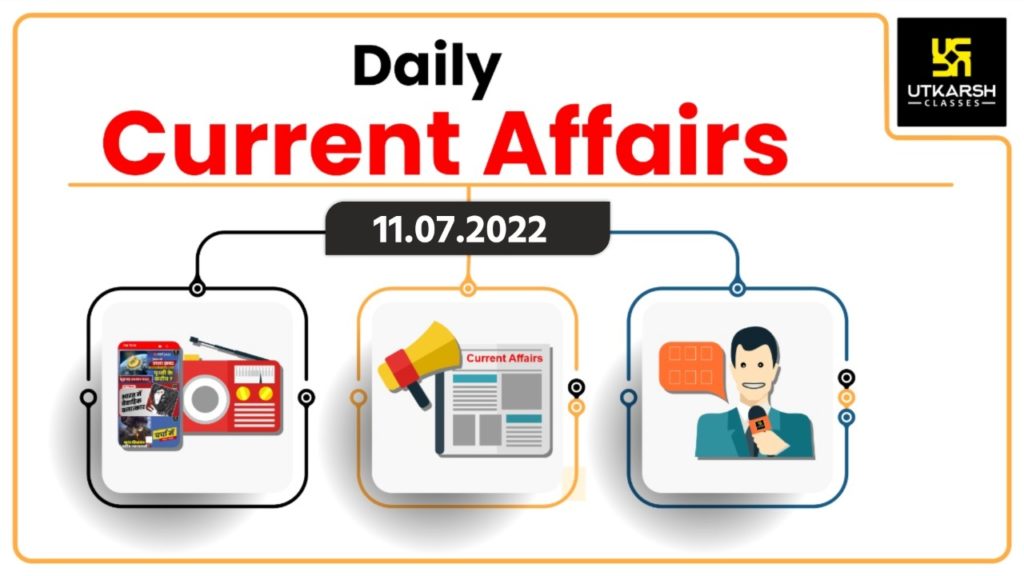 Important information about the topics of daily current affairs has been provided by this article, which is useful in the preparation for all competitive exams –

The Minister for Housing and Urban Affairs, Hardeep Singh Puri launched the ‘Svanidhi Mahotsav’ on the occasion of the second anniversary of the Prime Minister’s Street Vendor’s Atmanirbhar Nidhi (PM Swanidhi) scheme. Organized in 75 cities of all states and union territories, this festival will be celebrated from 9th to 31st July. The festival will showcase various cultural activities, digital training activities and loan fairs. There will also be a program to honor eminent street vendors.

The festival is being organized to celebrate 75 years of independence with nano-entrepreneurs and financial inclusion of street vendors. The Union Minister said that till now three thousand six hundred crore rupees have been distributed to the beneficiaries under PM Swanidhi Yojana. In July, 2020, the Modi government launched the PM Svanidhi program to provide financial assistance through loans to street vendors battling the devastating effects of the coronavirus pandemic.

Organized a workshop on ‘Disaster Management of Museums and Heritage Buildings’ at Rashtrapati Bhavan Museum in association with National Institute of Disaster Management (NIDM). The two-day training aims to enhance the knowledge of disaster management among the staff and other stakeholders of Rashtrapati Bhavan with special focus on heritage buildings, museums and cultural heritage.

Union Home Minister Amit Shah has virtually unveiled the ‘Statue of Peace’ of Swami Ramanujacharya in Srinagar. This statue has been installed in a temple in Sonwar area.

Sant Ramanujacharya was born in a South Indian Brahmin family in Sriperumbudur, Tamil Nadu. He was a great thinker, philosopher and social reformer. He is also known as Ramanuja. He was instrumental in revolting against the discrimination of untouchability and bringing change in the society. He is a follower of Vaishnavism and used to teach the principles of salvation to the people.

Sant Ramanuja has written several books, including Sri Bhashya, Vedartha Sangrah and Bhagavad Gita Bhashya, which differ from the teachings of Adi Shankara on the basis of his belief. As the first Hindu teacher, he introduced ‘sanyas’ (renunciation of the world) to women. He is also known for his blending of the Vedanta system with ‘Bhakti’.

Recently, Prime Minister Narendra Modi inaugurated Akshaya Patra’s mid-day meal kitchen in Varanasi district. This is the first visit by PM Modi to his assembly constituency Varanasi after the victory of BJP in the Uttar Pradesh assembly elections. During this visit, he aims to inaugurate and lay the foundation stone for development projects worth Rs 1,774 crore that aim to enhance the country’s infrastructure and quality of life.

The Akshaya Patra Foundation is run by the International Society for Krishna Consciousness (ISKCON), Bangalore as a non-profit trust. This foundation manages the mid-day meal scheme in India. This plan is a program for lunch at school. As the largest central government partner, Akshaya Patra has helped implement the mid-day meal program in government schools in the country. Public-private cooperation is the foundation of the project.

Inauguration of All India Education Conference

The Prime Minister, Shri Narendra Modi, on his visit to Varanasi district, inaugurated the Akhil Bharatiya Shiksha Samagam on the implementation of the National Education Policy (NEP) 2020 in Varanasi. On this occasion, the PM told people about the role of our education system and younger generation in realizing the resolutions of ‘Amrit Kaal’.