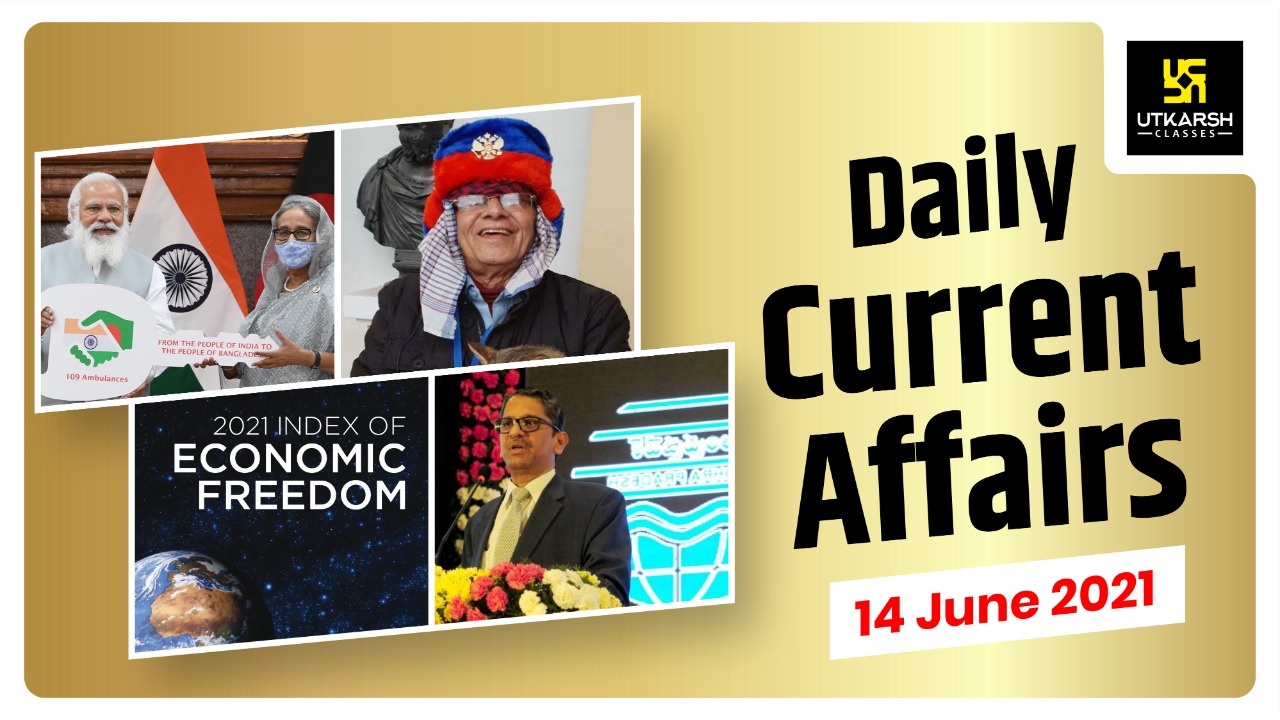 On June 12, 2021, Finance Minister Nirmala Sitharaman presided over the 44th meeting of the GST Council.

The GST Council has accepted the proposals of the Group of Ministers (GoM) set up to look into tax exemption on Covid-19 medical supplies, according to the Union Finance Minister.

Meril, a Gujarat-based Medtech company, announced on June 10, 2021, that the Indian Council of Medical Research had approved its self-use Rapid Antigen Test for COVID-19. It has been named CoviFind.

“We believe CoviFind will be a valuable instrument to solve the ongoing public health issue while alleviating the load on the health system and labs,” said Sanjeev Bhatt, Sr. Vice President, Corporate Strategy, Meril.

Researchers from the University of Strathclyde in the United Kingdom and IIT Bombay in India have collaborated to build a low-cost sensor that can identify COVID-19 viral pieces in wastewater.

The sensor was tested on wastewater that had been laced with SARS-Cov-2 RNA and collected from a sewage treatment plant in Mumbai.

Dingko Singh, a former boxer who won an Asian Games gold medal, died on June 10, 2021, after a long fight with liver cancer. The Padma Shri-awarded boxer was 42 years old and had been battling cancer since 2017.

Dingko’s historic Asian Games Gold Medal in 1998 boosted the morale of Indian boxing, which had been devoid of success, and went on to inspire Olympic medalists such as Mary Kom and Vijender Singh.

Brisbane to be named host of 2032 Olympic Games

On June 10, 2021, the International Olympic Committee (IOC) Executive Board chose to recommend Brisbane as the host city for the 2032 Olympics.

The Executive Board’s decision was based on a report by the Future Host Commission for the Olympic Games, which had recently completed a full review of the Brisbane 2032 concept.

How does the IOC select future hosts?

On June 10, 2021, Nagaraj Naidu, India’s Deputy Ambassador to the United Nations, was named Chef de Cabinet to President-elect of the United Nations General Assembly (UNGA) and Maldives Foreign Minister Abdulla Shahid. His term will be one year long.

For the first time, an Indian ambassador has been appointed as the UNGA’s Chef de Cabinet. The position is similar to that of the Indian Prime Minister’s Chief of Staff or Principal Secretary.

Tsitsi Dangarembga, a Zimbabwean writer who was shortlisted for the Booker Prize, has won the PEN Pinter Prize 2021. The annual award is offered to an author with a ‘significant corpus of poetry, essays, plays, or fiction of great literary worth, written in English,’ according to the website.

Tsitsi Dangarembga, author of ‘Nervous Conditions,’ was arrested in 2020 while protesting and speaking out against corruption. For her work, ‘This Mournable Body,’ she was also nominated for the Booker Prize 2020.

Who was Margherita Hack?

On her 99th birthday, Google Doodle honoured Italian astronomer and scientific disseminator Margherita Hack with an animated graphic. “Hack sitting on her chair, peering through her telescope,” says the doodle. In 1995, Hack is credited with discovering an asteroid 8558 Hack, which was named after her.

Hack was a full professor of astronomy at the University of Trieste and was born on June 12, 1922, in Florence. From 1964 to 1987, she was the first Italian woman to be in charge of the Trieste Astronomical Observatory.

New policy approved for the declassification of war history

The Ministry of Defence has issued a new policy that mandates that events must be publicly recorded within five years, establishing a defined schedule for collection, publication, archiving, and declassification of the histories of India’s wars and operations.

Every year on June 14, the World Health Organization (WHO) commemorates World Blood Donor Day. The event’s goal is to increase global awareness about the importance of safe blood and blood products for transfusion.

On this day, the global health community joins together to remind the general public of the vital contribution that unpaid, volunteer blood donors provide to their individual health systems. The importance of blood donation has been highlighted once again in the wake of the coronavirus outbreak.

Siddalingaiah, a well-known Kannada poet, writer, and Dalit activist, died of Covid-19-related illness. He was known as “Dalita Kavi” and was one of Karnataka’s first prominent Dalit poets.

He is credited with founding the Dalit-Bandaya literary movement and the Dalit literature genre in Kannada. He was also a founding member of the state’s Dalit Sangharsh Samiti.

The Athletics Federation of India (AFI) today confirmed that the Indian Grand Prix 4 will be held on June 21 in Patiala, giving star sprinters Hima Das and Dutee Chand one more local event in their quest to qualify for the Tokyo Olympics.

The decision to hold the fourth season of the Indian Grand Prix came after the AFI’s attempts to send a 40-member squad to events in Kyrgyzstan and Kazakhstan, which included Hima and Dutee, were unsuccessful owing to “changing quarantine restrictions” in those countries.