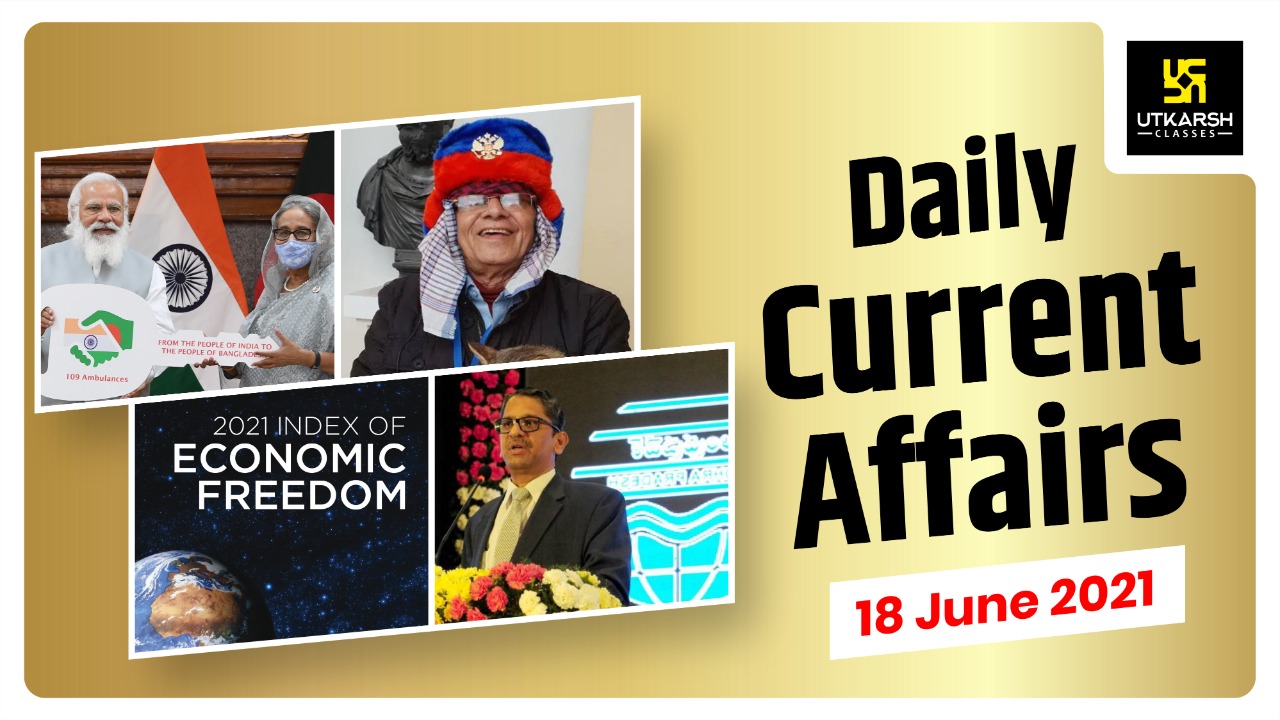 On June 16, 2021, the World Health Organization announced that a new COVID-19 variation, Lambda, had been discovered in 29 nations, most notably in South America, where it is thought to have originated.

According to WHO, the Lambda lineage was initially found in Peru and was categorised as a worldwide Variant of Interest on June 14 due to its “elevated presence” in South America.

The three astronauts are aboard the Shenzhou-12 spacecraft, which was propelled into orbit by a Long March-2F Y12 rocket.

What is Green Fungus?

The first case of green fungus was discovered when the COVID-19 patient was tested after he was suspected of having mucormycosis, or black fungus.

The World Health Organization (WHO) has arranged a pre-submission meeting for Hyderabad-based Bharat Biotech on June 23 to evaluate its indigenous COVID-19 vaccine. The meeting is about COVAXIN for WHO’s Emergency Use Listing (EUL).

To be eligible for the WHO’s Emergency Use Listing, unlicensed vaccines, in vitro diagnostics, and medicines must meet the following criteria:

The Asian Development Bank will provide a $484 million loan (about Rs. 3,500 crores) to the Chennai-Kanyakumari Industrial Corridor (CKIC) in Tamil Nadu. The objective behind it is  to strengthen transportation connections and support industrial development.

The Asian Development Bank is India’s major partner in developing the East Coast Economic Corridor, which includes the CKIC. An agreement between the ADB and the government has been struck on the loan.

Japan will begin distributing vaccine passports by the end of July 2021, according to a top government official. This step has been taken as many people are looking forward to the prospect of overseas travel because of the rapid rate of inoculation implementation.

Personal passports will be issued in the form of paper documents by municipalities in charge of administering a vaccination programme and maintaining track of vaccination data, according to Chief Cabinet Secretary Katsunobu Kato.

‘Juneteenth’, a new holiday declared in The United States of America

The Rs 4,077-crore Deep Ocean Mission, which will be led by scientists from the Ministry of Earth Sciences, was approved by the Cabinet Committee on Economic Affairs.

Autistic Pride Day is observed on June 18th. The primary purpose of commemorating this day is to raise autism awareness among the general population. Autism affects one out of every 160 children, according to the World Health Organization.

Autism is a developmental disorder that affects a person’s ability to speak and interact. The illness has a direct impact on a person’s neurological system and has a detrimental impact on their emotional, social, and physical well-being.

The Institute for Economics and Peace (IEP) Sydney has released the 15th edition of the Global Peace Index (GPI). The GPI is the world’s premier gauge of global peacefulness. The index assigns a score to 163 independent nations and territories based on their peacefulness. This paper is the most thorough data-driven analysis of peace trends, economic value, and how to promote peaceful communities that has ever been published.

By the twentieth century, picnics in the open air had grown popular in England. International Picnic Day has no recorded roots, although it is widely recognised as an informal eating celebration that serves as a break from formalities. Individuals are encouraged to spend time outside and in the company of others on this day.