Chisel your General Knowledge – The Current Affair Blog for February 3 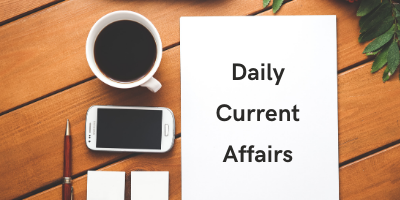 Chisel your General Knowledge – The Current Affair Blog for February 3

There are multiple sources through which you can gain current affairs, however, not all these sources are reliable. In order to gain proper knowledge, it is crucial that you only rely on trusted resources. We, at Utkarsh, aim to provide the best and the latest current affairs to the students to help them crack any competitive examination.

Take a look at the headlines for today.

To know about all the current affairs of today in detail, click on this link.