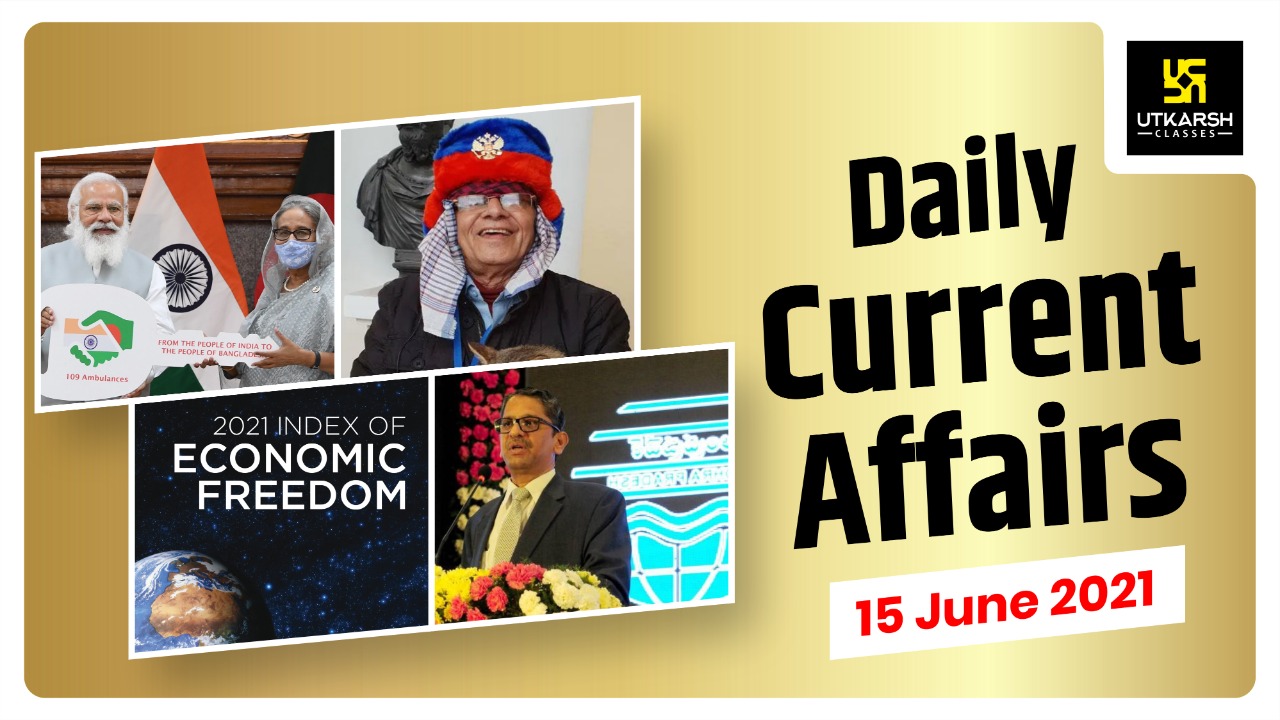 India has launched the ‘Extension of Hospitals’ project in various regions to address a huge health infrastructure gap in the country’s fight against Covid-19, particularly in rural areas and smaller cities.

Modular hospitals are extensions of hospital infrastructure that can be constructed next to an existing hospital facility.

The government of Madhya Pradesh has initiated the ‘Yuva Shakti Corona Mukti Abhiyan’ to raise awareness about the continuing COVID-19 pandemic in the state. With the support of the young power campaign it would pace the goal of ‘Corona free India’.

The campaign was launched on the order of Chief Minister Shivraj Singh Chouhan, by the state’s higher education and technical education departments in partnership with the public healthcare and family welfare departments.

The G-7 leaders committed to a list of concrete initiatives. They decided to expedite the global transition away from coal power as part of efforts to fight the climate catastrophe during the summit. It was the first in-person meeting of the G-7 leaders since the outbreak of COVID-19.

According to the press release, the agreed budgetary support will give a huge boost to PM Modi’s “Atma Nirbhar Bharat Abhiyan”.  iDEX-DIO has the primary goal of self-reliance and indigenization in the country’s defence and aerospace sectors.

On June 13, 2021, the International Cricket Council inducted ten new cricketers into the ICC Hall of Fame. Four distinguished honorees are among the new inductees.

Each of the ten cricketers represents a distinct era in the game’s history. Vinoo Mankad, a legendary Indian cricketer, is one of the ten ICC Hall of Fame entrants for 2021. He was the first Indian to reach 1000 runs in a test match and to take 100 wickets in a test match.

Novak Djokovic won his 19th Grand Slam championship when he defeated Stefanos Tsitsipas in the French Open final on June 13, 2021. He became the first player to win all four majors twice even after coming back from two sets down.

After the Parliament accepted a new cabinet on June 13, 2021, Naftali Bennett, a multi-millionaire former computer entrepreneur was elected as the new Prime Minister of Israel. He earned his name in politics with harsh religious-nationalist rhetoric

The Israeli Knesset voted in favour of the unlikely coalition put together by Yair Lapid of the centrist Yesh Atid Party. Even with a razor-thin majority, the coalition was enough to put an end to Israel’s experienced Prime Minister Benjamin Netanyahu’s 12-year reign.

The Indian Coast Guard recently deployed an aeroplane to safeguard Olive Ridley turtles as part of ‘Operation Oliva.’ Every year, from November to December, the Indian Coast Guard’s “Operation Olivia,” which began in the early 1980s, assists in the protection of Olive Ridley turtles. These turtles cluster along the Odisha coast for breeding and nesting.

A Pune-based company has developed a three-dimensional face mask that is covered with antiviral chemicals that kill the Covid-19 virus when it comes into contact with it.

The virucidal mask project, developed by Thincr Technologies India Pvt Ltd, was one of the first initiatives selected for commercialization by the Department of Science and Technology. It is an effort with the Technology Development Board as part of the government’s campaign against the virus.

According to UN agencies and aid organisations, more than 3,50,000 people in Ethiopia’s Tigray region are suffering from hunger, with millions more at risk. International agencies have blamed the region’s war for the region’s greatest food crisis in a decade.

On June 10, 2021, UN aid chief Mark Lowcock stated that Tigray is currently experiencing a famine. He made the assertion following the publication of the Integrated Food Security Phase Classification (IPC) analysis, which according to the IPS has not received Ethiopian government approval.

PM Modi called for a reduction in the great demand on land and its resources, describing it as the “basic building block” for supporting all lives and livelihoods.

Every year on June 15, the World Elder Abuse Awareness Day is observed to raise awareness about the injustices that elderly citizens face. With the COVID-19 epidemic, this year’s World Elder Abuse Awareness Day takes on even more significance. Experts have advised the elderly (those over the age of 60) to be more vigilant in protecting themselves from the deadly virus because they are more prone to it.